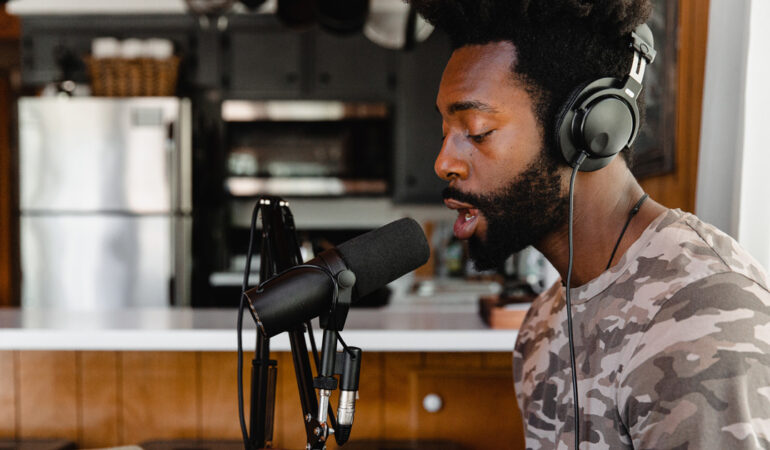 Written by jayurbanmusic
A lot of people believe that you can’t create quality music unless you’re in a professional recording studio. I usually get pissed off when someone throws that excuse in my face.

Come on… We’re living in an era where you can start a million dollar business from your bedroom!

There’s no excuse to not make great music anymore. And great music is not determined by the equipment you use.

How I went YouTube Platinum with a home-recorded song

Back in 2014, I had the pleasure of working with an artist from the Czech Republic. And together we created a song that generated over 1 million YouTube views.

It was produced in a home studio with less than $500 worth of equipment. It’s in Czech language and we released it to an audience of approximately 5 million people.

How’s that for a successful release?

You can say what you want about the song but you can’t say it lacks quality.

He knew how to write and record his music with the equipment he had and I knew how to produce a song. The rest is history…

Money is always the issue (or excuse.)

I often hear the excuse of not having the right equipment to record quality tracks.

Yes, you do need some gear to record your music.

Assuming most people already have a computer or laptop, you can get the rest for under $700. See this as an investment, not an expense.

It becomes an issue when artists blame the quality of their music on their equipment.

And they start to believe that the quality of their music can only be improved by going to a fancy studio.

This is not true.

In this video, R&B artist Tinashe explains how she feels about recording in her home studio.

She started off by creating mixtapes in her bedroom and is now signed to RCA Records.

“It’s interesting having a home studio because you always are under the impression that you need to be in something super, super fancy to get the best quality. But I’ve kinda come to realize that, not only am I more comfortable in my own environment, but some of the best sounding music that I’ve created has come right here out of this mic and this equipment”

You tend to believe that you need expensive equipment or a fancy studio. And I get that. We see artists recording in these studio’s, so that must be how they produce their masterpieces.

Sorry, but that isn’t the case.

Studio’s don’t create hits. Producers, writers, recording artists and engineers do. Not on their own. Together!

If you don’t have—for example—a mixing engineer yet, then that means you need to wear that hat yourself first. This is an opportunity because you will experience first hand what goes into mixing a song.

This is crucial for later when you expand your team as it will be easier to communicate.

Your equipment will only magnify the talent and potential that is already there.

For example, your mixes sound like crap or not even close to what you hear in on the radio. You have no clue if what you do is right. You do what you think sounds best.

To avoid you from taking a road that leads to a dead-end, I’m going to give you some tips on how to do things the right way.

First, you need to understand what it takes to mix vocals. Only then you will find out why recording quality vocals is so important.

If you don’t know the proper techniques to record vocals, you’ll end up messing around with your mixing project for hours.

Without seeing any results.

Producing vocals is like making beats. But instead of adding new instruments, you’re adding vocal layers.

You stack layers on specific lyrics to emphasize them more.

Building up the vocal production for a chorus. E.g. adding backing vocals, harmonies or ad-libs.

It’s important to learn in which situations you should use vocals layers and in which you shouldn’t.

It’s no surprise that there are vocal producers in the industry that have made it their expertise. The vocal production is a determining factor for the potential of your song.

The use of reference tracks is very common in music production. But it’s not about copying someone’s style. It’s about cross-referencing your song with another to measure the quality of your music.

When it comes to learning vocal production, it can help to study and analyze the acapella version of a song.

Cross-reference your vocal production to other songs and check if it sounds similar.

Reference tracks are used for mixing purposes as well.

Whether you decide to mix your own music or let someone else mix it for you. It’s important that you know the basics.

If you’re not sure if mixing is something you see yourself doing, at least learn the basics of mixing vocals.

There are people making a full-time living off mixing music from their bedroom studio. Which proofs that it’s not impossible to mix your music from your home studio.

Take the time to watch some YouTube tutorials as well!